Around September last year, I figured out that, of my 3rd great grandfather Izrael Lichtsztajn's five siblings, only a sister named Esterka Perla survived into adulthood. This had been some trouble to find.

The Lichstein name appears in several forms in indexes of Polish and Russian records (and probably as many different forms in each of those languages): Lichtsztein, Lichtsztajn, Lichsztajn, Lichtszajn, etc. The difficulty is that even with text search algorithms used by JRI-Poland such as the Daitch–Mokotoff Soundex and Beider–Morse Phonetic Name Matching, the appearing and disappearing 't' in the above spellings will make or break a match. So I end up having to search every type of record at least 3 times sometimes before I find a hit.

In any case, I'd eventually found Esterka Perla's marriage record to Abram Zylberblech in JRI-Poland's indexes. Further, I found a child of theirs named Chaim Boruch Zylberblech. This child will become important in a moment.

After filling out some of Chaim Boruch's information in my own tree, much to my surprise, Ancestry started making recommendations from another public tree. I've learned not to trust recommendations from other trees without verification, but for Jewish families, sharing records with other trees at a second great grandparent level is rare so I needed to look into it.

That took me to the account of an Ancestry user I'll refer to as "ZylbB" who, interestingly, also had an AncestryDNA profile I matched with. They matched me at about a "5th - 8th cousins" distance according to Ancestry, which, due to endogamy in Ashkenazi Jewish heritage, is more than likely to mean a false positive, but given some common connection between our trees it can't immediately be dismissed.

Still, ZylbB had their tree linked in AncestryDNA and only filled out back to a second great grandparent with little additional information completed besides approximate birth years.

Their tree traced their Silver lineage back to the Lublin area of Poland to a couple named Chaim Baruch Zilberblik (b. abt. 1840) and Tema Birenbaum (b. abt. 1835). Likely this Chaim Baruch was the same person, but I needed to be thorough and find ages and mention of last names where possible given the much later registration date of 1861 on Chaim Boruch's birth record. I found the marriage record of Chaim Baruch Zilberblik and Tema Birenbaum in JRI-Poland in 1862:

While Chaim Boruch's parents matched my assumptions, rather than rely on the limited information the index provided, I asked for the original to be translated by the good folks at the Genealogy Translations Facebook Group (my emphasis in bold below):

This translation, while imperfect, gave me full first names, and a last name to confirm the relationship through Esterka Perla's living brother, Izrael Lichsztejn, present as a witness. Most importantly, it gave me an age of 20 years old for Chaim Boruch meaning his actual birth date was about 19 years earlier than his birth registration date, and aligned with the estimated birthdate ZylbB had in their tree.

More recent confirmation of names and dates became available in JRI-Poland toward the end of last year:

Here we see Esterka Perla living at house number 463 in Lublin and we have confirmation of her approximate birth year, birth place, parents, and maiden name (hers, not her mother's). If we perform the same search on the household, we find she was staying at that time with her Lichstein (Lichtszeyn) family including her parents, Motel and Bayla, her brother, Israel, and her sister-in-law, Sura Szandla.

Her Zylberblech husband, Abram Icek, may have been deceased by the time this was recorded.

ZylbB's tree and my tree connected almost perfectly, making the two of us fifth cousins, exactly.

Interestingly, AncestryDNA's new ThruLines feature has since discerned the compatibility of our two trees and connected the dots as well (though I'm not sure where it found the 1861 birthdate again as it appears in neither of our trees):

While 5th cousin is hardly close family, it is unusual for those of us with Ashkenazi Jewish ancestry to have confirmed connections of that distance. I don't particularly trust our DNA to hold a complete picture of this relationship, and likely it's a very messy genetic match, but our trees contain the rest of the picture. I'm glad to have made the connection. 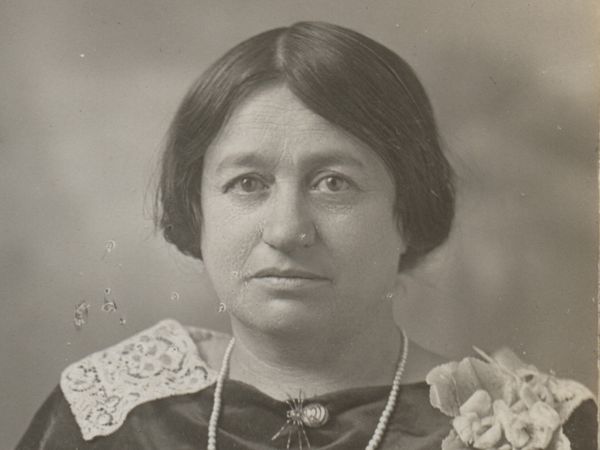 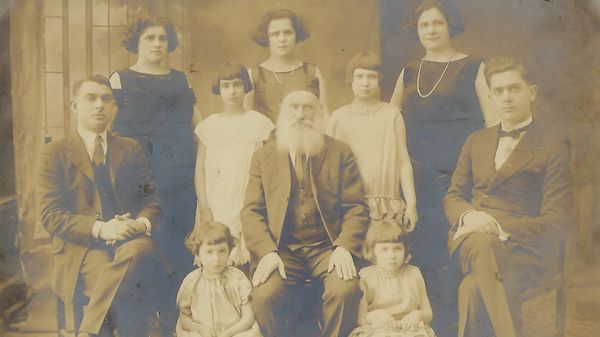 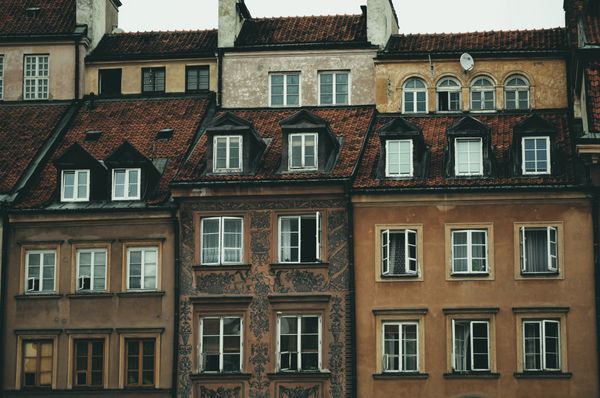